There’s been a recent movie called “The Final Solution” based on the Godhra riots in the western state of Gujrat (India) in the year 2002. The movie has been banned in India for fear of starting communal strive but I was lucky enough to get hold of a copy of the movie (I don’t really have an effective method for distribution of the movie, but please try to get hold of a copy, it should be on the bit torrent network)

The official verdict of the riots were 250 Hindus and 750 Muslims dead. But unofficially these figures are much much higher. The riots seem to have been inflammed by the right wing nationalist parties of the majority religion (in tacit support of the present state government) to retaliate and wipe out the minority religion. The level of carnage and butchery seems to have been unrivalled since from the time of the jewish genocide from World War II.

Have we as a human race, never really evolved from Animal savagery. How would we have felt if we stood to lose everything we cherished including our lives or worse have everyone you love being raped and killed infront of you knowing there is nothing in your power to stop or get justice for them. This, for being on the wrong side of the religious divide of the mob in front of you. The Police Force which is supposed to be on the right side of truth seems to have turned their backs on the helpless.

Who really is at fault? Is it us because we did not realize the gruesome nature of the riots (which the world media seems to have conveniently ignored), would it be the state government which may have incited the hatred and won the re-election after the riots, or India as an entity which seems to pride itself to the world that it’s the largest democracy in the world.

If the people who trying to gather the fragments of their life ask you if you can give them justice, what can you offer them….. What really is Justice.

According to recently de-classified white house documents Richard Nixon said that ” Indians are a slippery, treacherous people” while his Henry Kissinger held the view that “The Indians are bastards anyway. They are the most aggressive goddamn people around”. This is during the run up to the East Pakistan/Bangladesh fiasco resulting in an India-Pakistan war.

To crush the rebellian West Pakistan engaged in a genocide resulting in around 3 million people dead, 200,000-400,00 women raped and 8-10 million people sought refuge in India.

Nixon seems to have overlooked the human casuality to maintain good relations with Pakistan. He seems to have remarked to a visiting Pakistani delegation “Yahya is a good friend. I understand the anguish of the decisions which Yahya had to make.”

When full scale war began between India and Pakistan, Nixon dispatched the nuclear-powered aircraft carrier USS Enterprise to the Bay of Bengal to “intimidate” India. This however did not change the outcome and the new country of Bangladesh was created.

It does make up for interesting reading on how American Foreign Policy has been historically based on.

Someone told me recently that irrespective of your religious beliefs or your belief in the entity called God, if you run a marathon, by mile 20-21 you realize who and what god is.

This has come across as very good news to me and I have continued with my training for the chicago marathon with renewed vigour. The feeling seems to have eluded me till now, but I’m sure I will find out what that person was talking about.

If anyone has a similar or different experience, please put it down for future reference.

There are people dying in Ethiopia over elections, Israel and Palestine constantly have trouble with each other, civilians are dying everyday in Iraq, Europe is having its problems having its constitution ratified.

However further to the west of the Atlantic Ocean, the stories which seem to be making PRIMETIME news in America are

* A woman who ran away from her wedding
* Trial of a black/caucasian self styled King of Pop
* Someone who is missing from home (and since there is a possibility of such occurences happening everyday, the same story can be circulated with a different face)

Why does such micro news whet the appetites of general Americans?

It’s easy being shut off from the rest of the world, not so easy opening up and embracing other people’s suffering. I wonder what it would take to get a little bit of perspective of life in general, in this land of milk and honey, and maybe get people to think about something other than suburban houses and cars.

For proponents of this life who say that their way of living atleast doesnt harm others, I feel they are mistaken. It’s this ignorance of the world in general that elects governments such as the present one, which in turn can act in impunity and defiance to satisfy their greed and intolerance.

Lets talk about the two main religions currently on Earth – Islam and Christianity.

If you look at the history of these religions, they came in prominence by convincing everyone that you will be saved if you follow them otherwise you will be damned.

So if each of these religions command followers equaling around 1/3 rd of the population of earth, 2/3rd of the popluation is definately going to be damned (irrespective of which religion you would belong to).

Seems very similar to being picked to play in a team = being popular and accepted, to not playing = geek and social outcast …. hmmm funny how my life can be summed up in one line 🙁

Islam has Allah and the captain is prophet Muhammed versus the other team – kaafirs.
Chrisitanity has God and Jesus Christ as captain. These two teams dont play each other well though, all the great crusades through the middle ages havent brought a result, so we still dont know who won and still face the prospect of being damned.

There are other teams as well. Judaism is an old team, not to many invitations thrown out to join, but He leads His people. Ofcourse they have taken an interesting way to join the league, parting the sea and commanding locusts, weather etc so on paper they are pretty strong team. But since they dont send to many invitations to join, their strength isn’t as much as the other two.

Coming to the other pagan religions of the Indian subcontinent, Hinduism, Buddhism, Jainism, Sikhism.

Hinduism is cool in one way as it doesnt tell you, that it’s the right religion for you, almost helps lost people be secure in the knowledge that they dont have to strive to do anything. But the thousands of gods get confusing at times and it gets difficult to keep track. Since it doesnt send out invitations to join, it would be in danger of dying out, but thats offset by the indians “doing” each other all the time. More the merrier I guess.

Buddism and Jainism are more strict and less fun, more stress on dharma, right path and reincarnation. Since you have a chance of being born as a mosquito – damn I should have thought about this before I just killed one, doesnt stand much chance unless you attract another Hollywood celeb looking for the next cool in-thing.

Sikhism is borrowed on Hinduism and Islam. It doesn’t let people cut their hairs and expect them to carry a small knife. Now since those big bearded people remind people of terrorists nowadays, I say they are pretty fucked right now but they should be back in the game soon.

Since none of these alternate religions, by default, send people of other religions to hell, ummmmmm not so much of an effect on the world.

I think we have hit upon the basic tenet of a major religion. How about you and I start a new religion – I’m sorry to say you are the only other person to have viewed this blog. Well I’m already a lonely bored person, so it doesnt say much about you. Oh if you actually stumbled upon this site by error, I think you took a wrong Left turn 5 minutes ago.

So here’s to world domination through our religion and the herd mentality of our race in general.

p.s. I think we should pay respects to that oft ignored religion – UFOreligion. The UFO gazers cult have very similar beliefs, the world is going to end and if you dont join them when they leave, you will be DAMNED !!! 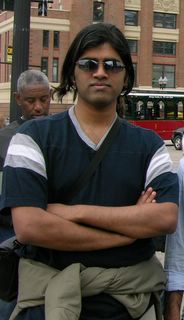 The world started with the fundamental question in life

Does anyone want pie?